Skip to content
Home Uncategorized What is the Green New Deal?

The Green New Deal is proposed legislation that will take climate change action further than ever before.

A term that’s purposefully reminiscent of President Franklin D. Roosevelt’s original New Deal in the 1930s, the Green New Deal is a concept that encourages bold and swift action on climate change, while simultaneously reducing unemployment and under-employment. 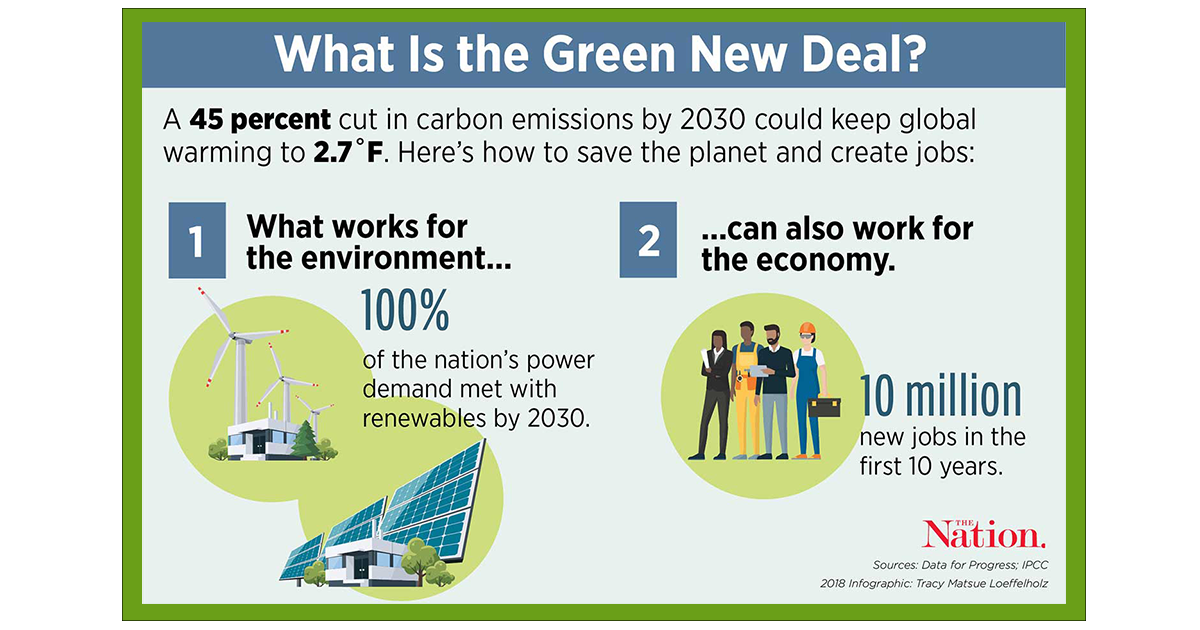 This phrase has been gaining momentum across news outlets and social media since the 2018 midterm elections. At first glance, most voters say they support the Green New Deal, but few actually know what it is.

Now is the time to become familiar with the Green New Deal proposal and its motivations. We plan to publish a few follow-up articles on this topic, so check back with us as we:

Leading scientists say we have 12 years to radically transform our economy and society to avoid climate disaster, and the Green New Deal aims to shift climate change discussions from that of research and recommendation to action and implementation.

The social and economic outcomes of the Green New Deal include:

How soon until the Green New Deal becomes law?

The Green New Deal isn’t just one law; it’s an overarching approach to climate change and economic equality that could result in several pieces of legislation.

A current draft of the Green New Deal calls for the completion of its goals within a target window of 10 years from the start of the plan.

To get things in motion, legislators have proposed the following:

However, political infighting about the aggressiveness of this approach has led to recent conversations and decisions that will likely soften the strategy, such as not giving the committee any subpoena power.

Without subpoena authority, the panel’s main responsibility would be to hold hearings and write reports, which harkens back to climate committees from 10 years ago. It’s definitely a softened approach…if not the antithesis of what the Green New Deal aimed to do, with its focus on bold action and swift implementation.

The structure of the committee, including its powers and authorities, will be voted on by the House after the Democrats take power on Jan. 3, 2019.

For more information about the Green New Deal, check out these links:

Lots of People Support the ‘Green New Deal.’ So What Is It? from The Washington Post

Though it's been in the news a lot lately, the Green New Deal term has actually been around for a while.
Read more...

How Much Does an Energy Manager Make?