As the manufacturing sector of the Chinese economy increases, concerns about the environmental impacts of waste generation have led the Chinese government to enact the Green Fence Initiative. In an effort to reduce the amount of scrap waste (mainly plastic) imported from the United States that has led to worsening environmental conditions, Chinese officials have sought to implement waste management strategies through significant policy changes. As we will discuss, the Green Fence Initiative has a tremendous impact on both Chinese and American environmental and economic vitality.

Before the Green Fence Initiative

Initially intended to conclude by November 2013, China’s Green Fence initiative is now projected to remain a permanent staple of China’s waste management strategy, according to the American Metal Market. What caused the change? To understand, we must first examine the prior relationship between American and Chinese suppliers. Primarily, the former structure of American waste management involved exporting plastic recycled waste for use in Chinese manufacturing. Collected by U.S. recycling companies, the plastic would be shredded, granulated, packed into bales, or bundled as is, before being exported to China.

Imports of American plastic waste allowed Chinese manufacturing sectors to increase in scale, helping to facilitate a stronger Chinese economy over the past two decades. One of the main reasons involved the cheaper material cost of recycled plastic resin as compared to new or prime plastic resin. The recycled waste became an important commodity for Chinese recyclers, as they would remold the plastic for manufacturing purposes. The import-export relationship between the United States and China fundamentally served several purposes: on one hand, it allowed the U.S. to reduce domestic environmental waste and increase through recycling efforts; and on another, it provided the necessary material for Chinese manufacturing and economic prosperity.

However, the volume of plastic materials entering China has significantly degraded the Chinese environment, exemplified by the growth of trash mountains. Coupled with high air pollution and lax regulations on recycling processors (many of which small in scale and difficult to regulate), forced the Chinese government to implement the Green Fence initiative. As a result, Chinese officials suspended 24/7 import licenses for domestic recyclers, with the intent to enforce stronger environmental regulations and invest in developing infrastructure for recycling efforts (called Recycling Economy Cities) to offset the decline in imported plastics. 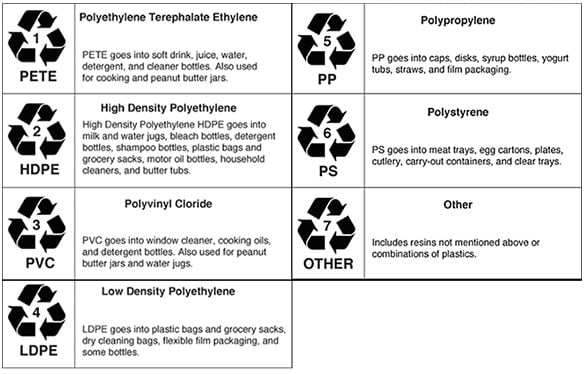 Impacts of the Green Fence

Currently, American recycling centers lack the substantive capacity to handle certain plastic materials (#3-7), given the historical reliance on using Chinese processing plants for recycling waste. The result, a near Chinese monopoly on plastic recycled waste processing has forced American waste management plants to forego recycling efforts for these specific plastics. Instead, the majority of plastic following under the specified code number are being diverted to a landfill until such time that American recycling centers have the capital to invest in efficient waste management for all plastics.

The Green Fence Initiative will have a lasting impact on American plastic processing capabilities, as solutions to waste management are necessary future developments. The challenge, however, involves the lack of capital investments in recycling plants that can handle all plastic waste, coupled with higher labor costs and environmental safety standards. On an American manufacturing front, the Green Fence Initiative will greatly increase the costs for processed recycled plastics from China, as Chinese processing plants now solely rely on other Asian countries for recycled plastic processing before being shipped back to China for exporting efforts.

The most viable solution to the American plastic recycling dilemma will uphold both environmental and economic standpoints. Although the initial challenge to China’s Green Fence strategy will adversely impact American recycling and manufacturing efforts, the long-term impacts will involve capital investments to promote proper and efficient waste handling capabilities for plastic waste. The full impacts of Green Fence on both the American and Chinese economies remains to be seen, but it is likely that the renewed Chinese environmental regulations will have a lasting positive impact on the environment in the future.

Here are five reuse ideas for creating an autumn-inspired wreath for your home.
Read more...
Blog Blog Back to Blog