In early 2016, we talked about a solar tarrif decision in the state of Nevada that increased service charges for net-metered solar customers and lowered compensation for net excess solar generation from a retail rate to a wholesale rate. In other words, the local utilities were doing what they could to block net metering, which would then limit homeowners with solar panels from selling excess electricity to their utility at a reasonable rate.

The decision angered solar companies, who believed that the new policy would lower net metering compensation to the point where rooftop solar no longer made sense. As a result, several solar companies, including Sunrun and Tesla-owned SolarCity, halted operations in Nevada – which led to an estimated 2,600 jobs being lost.

For more information about net metering and other legislative policies that encourage solar energy growth, check out this post on state solar policies.

There has been an ongoing debate since 2016 to determine how to move forward. But earlier this month, Nevada Governor Brian Sandoval signed a bill to reinstate net metering and entice residential solar installers from SolarCity and Sunrun to return to the state.

According to NPR, the new legislation enables homeowners with solar panels to sell excess electricity to the utility at a reduced rate. The Nevada law also creates new protections for homeowners, such as a guaranteed net metering rate for 20 years.

After an 18-month absence, Nevada can begin to reclaim its position as a top state for solar energy jobs.

Prior to the change in state policy, Nevada boasted more solar jobs per capita than any other state. In 2016, Nevada slipped to the fourth position for solar jobs – which is actually pretty good considering its legislative woes. Nevada is destined to be a major solar market, so it’s great news that the governor has recognized this and taken actionable steps to help the state reach its potential.

Sean Gallagher, vice president of states affairs for the Solar Energy Industries Association, predicts that the new legislation can help the state gain thousands of solar jobs that were lost.

Both SolarCity and Sunrun pledged to resume sales in Nevada if Governor Sandoval signed the bill, and it certainly sent a unified message when the governor held the signing ceremony at a Tesla facility in Las Vegas. 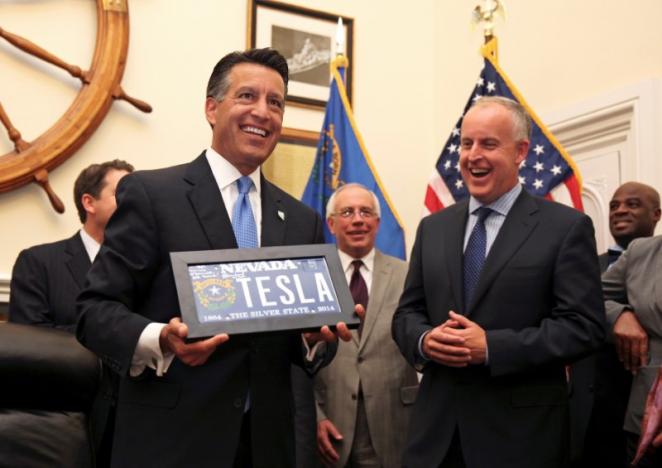 Tesla Chief Technical Officer JB Straubel added that the new legislation would bring in “millions of dollars in positive economic benefit” over time and that the company would resume selling solar systems immediately.

The Sunrun company website hasn’t yet added Nevada to its list of states where they operate, but this will likely change in the coming weeks. The company distributed a press release on June 6 announcing its plans to re-enter the Nevada solar market.

Through its ups and downs, Nevada seems like a happening place to be for residential solar installations. This new legislation will only make things better.

If you’re interested in starting a career as a solar installer, learn more about Everblue’s NABCEP PV Installation Professional program, which provides over 100 hours of online and live content related to photovoltaic electricity, solar panel installation, and solar design and sales strategies.

Image by Steve Keegan of Reuters

Weighing the pros and cons of taking a solar training course online vs. in person
Read more...