Skip to content
Home Uncategorized The Green New Deal Phrase: Its Evolution & How It Got Started

Though it's been in the news a lot lately, the Green New Deal term has actually been around for a while.

Shortly after the 2018 midterm elections, the phrase “Green New Deal” started to become a trending topic in Google searches and on Twitter.

This is largely because the newly elected Rep. Alexandria Ocasio-Cortez joined a sit-in outside of Nancy Pelosi’s office to show support of bold climate change action. Ocasio-Cortez then released a draft proposal for such legislation, which is being called the Green New Deal.

If you’re just now learning about the Green New Deal, you might be interested in our first three articles in this series:

People Behind the Green New Deal

Though “Green New Deal” is popular in the news now, the phrase is actually older than you might think.

2007 – New York Times columnist Thomas Friedman used it in his article, calling for a plan to transition the American energy system from fossil fuels to renewable sources

Of course the Green New Deal name harkens back to a series of efforts to build public works and overhaul financial rules under President Franklin D. Roosevelt in the 1930s. Perhaps you’ve heard of the New Deal. 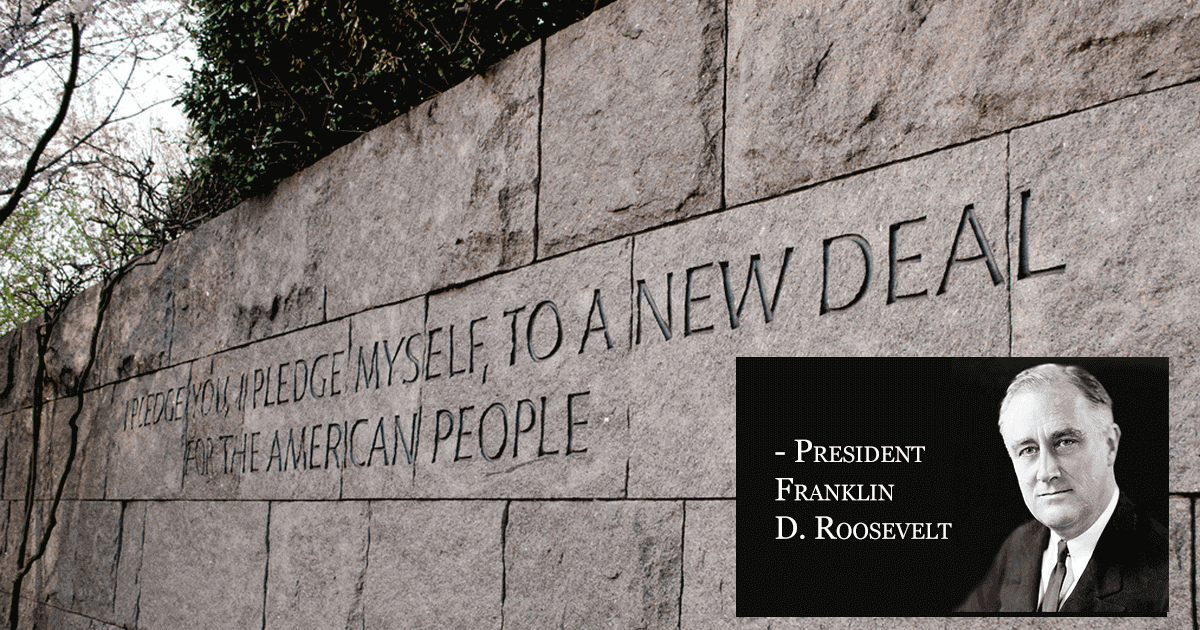 Like the original New Deal, the Green New Deal would require large-scale investments in infrastructure and jobs, according to Mark Paul, a fellow at the Roosevelt Institute.

“The idea has always been that we have to tighten our belts today to benefit future generations,” Paul said. “But in fact, we can simultaneously tackle inequality and climate change — the two largest challenges of our time.”

If it goes through, the proposed Green New Deal would be the most ambitious climate policy ever enacted. Many supporters say that the plan, as bold and aggressive as it may seem, is the only policy initiative that matches the scope of the climate crisis.

The core aspect of the Green New Deal, as we now know it, is to build up renewable and energy-efficiency infrastructure to reduce unemployment and under-employment and provide funding to displaced fossil fuel workers and transition them into new jobs.

Senator Cory Booker, a potential 2020 presidential candidate, supports the Green New Deal and had also proposed a Federal Jobs Guarantee Development Act, which could lay the foundation and/or complement the Green New Deal legislation. The jobs act would authorize and fund the creation of a 3-year pilot program at the Department of Labor to test the promise and impact of a federal job guarantee in up to 15 diverse communities and regions.

All this to say that, history repeats itself. The New Deal saved us during the biggest economic depression our country has ever known. Some say that the Green New Deal might be our only chance to slow down climate change and simultaneously improve our economy.

For more information, check out these articles:

The Optimistic Activists for a Green New Deal: Inside the Youth-Led Singing Sunrise Movement from The New Yorker

The Energy 202: Lots of people support the ‘Green New Deal.’ So what is it? from Washington Post

An Energy Manager is usually a commercial building or industrial professional with the knowledge, skills, and experience to maximize building energy efficiency.
Read more...

The Green New Deal is proposed legislation that will take climate change action further than ever before.