We’re 5 days away from the National Energy Codes Conference hosted by the U.S. Department of Energy (DOE). This is the first national conference dedicated solely to energy codes since 2011. The conference will focus on the development, adoption, and compliance of state energy codes. As you may know, the United States does not have a national energy code or standard, so energy codes are adopted at the state and local levels of government.

Why is This Important?

Model building codes exist to provide guidance and to standardize the expectations for a building’s quality, safety, and energy performance. Model codes get updated every three years in order to incorporate new technologies, materials, and methods into our building processes. The three-year gap is meant to provide sufficient time for proof of performance and enhanced health, safety, durability, and energy efficiency.

The International Energy Conservation Code (IECC) is one building code of note. The IECC establishes minimum design and construction requirements for energy efficiency. Buildings that meet the model energy code use less energy, which reduces utility bills – and puts money back into consumers’ pockets.

Looking strictly at residential IECC adoption, the majority of states are operating under the 2009 IECC. The second most popular code is the 2012 IECC, which means that more and more states are seeing the value of increased energy efficiency in our buildings. According to a report developed by the DOE, a homeowner can save $388 in the first year by implementing the 2012 IECC over the 2009 IECC.

Some items to consider in regard to 2012 IECC include the following:

The requirement gaining the most awareness is that of duct leakage testing. Both the 2009 and 2012 IECC require duct tightness to be verified. Verification must be shown through blower door and duct blaster testing.

According to the Department of Energy, verification can take place via either a post-construction test or a rough-in test: 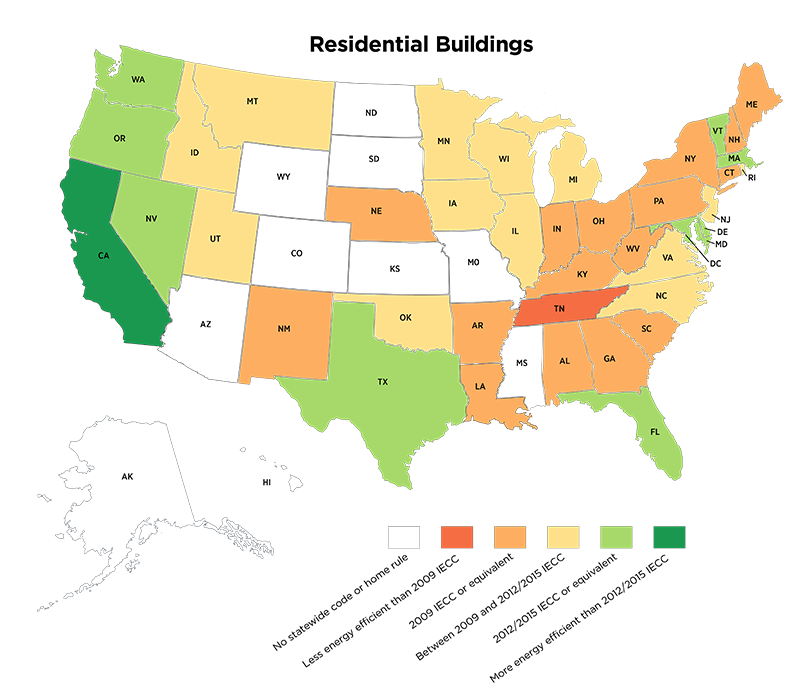 Next week’s National Energy Codes Conference is themed Energy Codes in Action. This is such a fitting theme, seeing as to how the 2009 and 2012 energy codes appear to be what’s driving residential energy efficiency training among home builders, energy auditors, home inspectors, and general contractors nationwide. As soon as a state decides to adopt a new energy code, home performance professionals start to read up on the new requirements and seek training. This brings me to a few case studies to illustrate the point.

The first national conference dedicated solely to energy codes since 2011 will be taking place in…Nashville, TN.

Who would have thought that Nashville would be the epicenter for this conversation? From the information on energycodes.gov, you would see that Tennessee is operating under the 2006 IECC. However, we at Everblue have witnessed a dramatic increase in TN for training regarding duct and air leakage testing. For the last three months, we’ve talked with scores of builders throughout the state who are craving knowledge that will help them meet or exceed code. As we mentioned earlier in this post, it is up to the state and/or local governments to adopt the code. Having done some research, it looks like there are several cities in TN that have adopted the 2009 or 2012 IECC, which would absolutely explain why so many practitioners have reached out to us for training.

We keep directing these inquiries to the BPI Infiltration & Duct Leakage course. BPI IDL launched in September 2014 to directly address 2009 and 2012 energy code requirements. This certification course focuses exclusively on blower door and duct blaster concepts to help professionals understand duct and air leakage. Our next Nashville BPI training course is scheduled for May 21-22. We encourage those attending the National Energy Codes Conference to join us for this training and be sure to sign up by the early registration deadline on May 7 to save $100 on your enrollment!

Our next case study focuses on another hotbed for residential building: Detroit, MI! 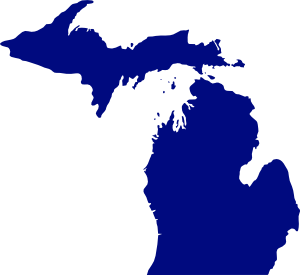 Oh yes, we’ve received quite a few inquiries in the last few DAYS about duct leakage testing in Michigan. Evidently there will be some code changes taking effect in 2016 in Detroit.

According to the Midwest Energy Efficiency Alliance, the Michigan Residential Code Review Committee voted to approve a new statewide building energy code for residential buildings. The new code is based on 2015 IECC, with some modifications.

MEEA analyzed the economic potential of adopting the 2015 IECC, with the Michigan-specific modifications, and identified the following advantages: “We have found that a newly constructed 2,400 square foot home in Detroit will use an average of 725 fewer kWh and 358 fewer therms per year if built to the 2015 IECC, as modified in Michigan, compared to the current energy code. This would result in the average homeowner saving around $320 annually in utility bills. It is important to note that these energy and cost savings will continue for the life of a building, which can be 50 – 100 years or more.”

We are directing these inquiries to the RESNET HERS Rater Training course. This training also includes blower door and duct blaster concepts that encourage knowledge of duct and air leakage testing. Our next Detroit RESNET HERS training course is scheduled for June 8-12. This course also has a $100 early registration discount (with the deadline being May 25).

Energy codes are driving action across the country. Like these two examples above, we saw a massive surge in RESNET and BPI training in Boston when Massachusetts adopted the 2012 IECC. As an exciting cherry on top, it was announced just this morning that the state of Vermont adopted a modified 2015 IECC HERS Index Score option to its state building energy code. What this means is that builders can now use the HERS Score as a compliance path to meeting the 2015 IECC. Vermont’s action represents the first state to have adopted the 2015 IECC Energy Rating Index compliance path. There will likely be a surge among VT builders who become certified HERS Raters (so please check back with us as we add some RESNET training courses in the area!).

In short, there are a number of reasons why you should be pursuing a BPI or RESNET certification if you work in the residential energy efficiency industry. Those reasons may include personal achievement, marketability, lifelong learning, chances of a promotion, increased pay, or the altruistic desire to help homeowners save money on their energy bills. You can now add one more reason to the list: energy codes.

While the other reasons may be subjective, it’s hard to defy your state or local energy code if you want to work in this industry. BPI and RESNET aren’t going anywhere. They exist to help you acquire the job skills you need to stay relevant and make a difference in your community. So your first action item is this: research your local energy code and determine if you have the skills to meet the code. Next: Live chat us or give us a call at (800) 460-2575 to determine whether you should pursue BPI or RESNET training to address your local code needs.

If you’ve been trying to figure out how to become a home energy auditor, here are 8 steps that will set you up for success.