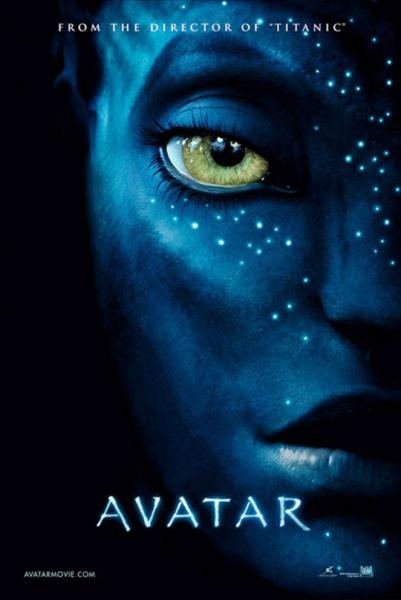 Have you seen Avatar? Great movie, right? What did you like about it? For me, it was the sense of wonder at the world of Pandora, which seemed more real than really watching in 3D. How would it be if we could link into horses and birds to ride and fly in unison with them? Wouldn’t it be neat if the world lit up at night around us?

I liked the first half of the movie immensely. Carol Kaesuk Yoon of The New York Times said it best: “[Avatar] has recreated what is the heart of biology: the naked, heart-stopping wonder of really seeing the living world.” She continues by noting that afterwards her experience was “less [about] the details of the movie, [than] it was, I realized, the same feeling of elation, of wonder at life.”

I saw Avatar right after reading Ray Anderson’s book, Confessions of a Radical Industrialist. The book opens with accounts of species loss, habitat destruction, environmental degradation, and industrial waste.  It’s a pretty disheartening and alarming opening. Consider the thousands of species that mankind is driving to extinction, the swaths of forest we’ve chopped down, or all of the rivers we’ve polluted.

Well, the opening of the book struck a chord even more after seeing the beautiful and unspoiled world of Avatar. Even though it was fantasy, I found Pandora wondrous. For me, it must be similar to what the European settlers felt when they first arrived in North America 400 years ago — unspoiled natural beauty with old growth forests, abundant wildlife, and no roads, logging, or erosion. I recommend reading The Journals of Lewis and Clark by Meriwether Lewis for a better account of a more natural North America.

As much as I liked the beginning Pandora, however, I really disliked the ending. Aside from the horrid portrayal of the U.S. military (in the movie, they are mercenaries), I refuse to believe that technology and the environment must collide. Reading about Ray Anderson’s experiences at Interface, Inc. is a perfect example of how we can focus on both profitability and technological advancement to reduce our environmental impact. We’ll never get to zero impact, but I believe that we can strike a balance between our own existence and that of the unspoiled natural world around us.

I left Avatar, and I finished Ray Anderson’s book with a renewed sense of excitement about what we must accomplish for the sake of our planet and possibly our very survival.

One reply on “Avatar Movie Review & Thoughts on Habitat Destruction”

Energy Circle Works For You by Providing Marketing Guidance

EC Pro sets up the basic essentials for marketing one’s business so that it is one less thing for a new business owner to have to worry about.
Read more...

Green Marketing: What BP Taught Us About “Going Green”