Skip to content
Home Solar Training Solar Panels Will Return to the White House, for Now

Solar Panels Will Return to the White House, for Now

A History of Solar Panels on the White House

In June of 1979, President Jimmy Carter, an early advocate of energy-saving technology, installed 32 solar panels on the White House roof. The largely symbolic panels, which were used to heat water in the White House staff kitchen, were removed in 1986 during roof repairs made under the Reagan administration.

In 2003, President George W. Bush quietly installed a small solar system on the White House grounds, including panels on the pool cabana to help with water heating. Though it wasn’t as grand as Jimmy Carter’s installation, it was a stepping stone to a more energy-efficient White House. Still, many citizens and activists wanted to see greater action in terms of renewable energy installation on our nation’s capital landmarks. 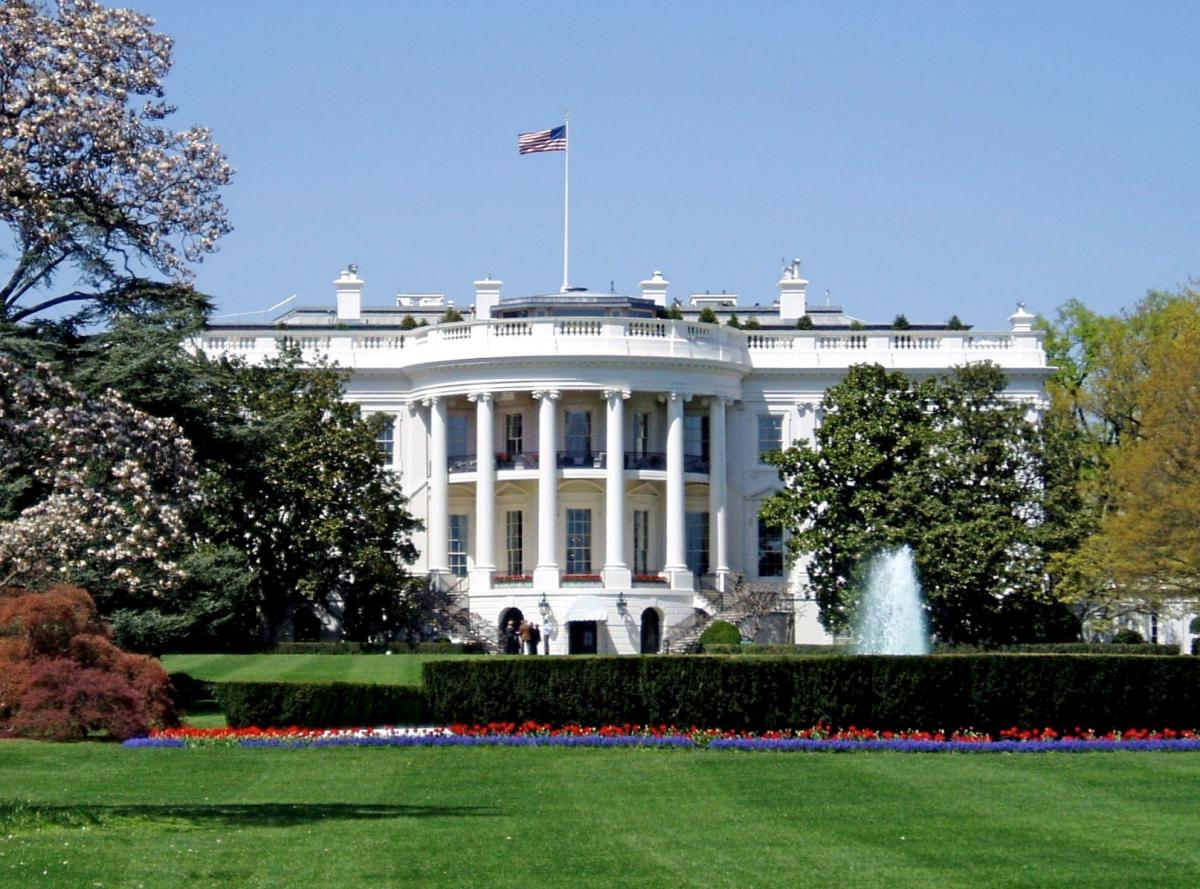 Movement to Return the Panels to the White House

Within months of moving into the White House, President Obama took a keen interest in improving energy efficiency and increasing the use of renewable energy in federal buildings. He signed an executive order aimed at reducing the federal government’s carbon footprint and set a goal of increasing government’s use of renewable energy to 20 percent by 2020.

But by the fall of 2010, the lack of solar panels at the White House gained attention after environmentalist Bill McKibben led a rally demanding that Obama reinstall them. In September 2010, a group of Unity College students joined McKibben in presenting White House officials with a solar panel from the Carter White House. These panels had since been heating water for the dining hall at Unity College in Maine. The White House initially declined the request but reversed course a month later when then Secretary of Energy Stephen Chu announced that the White House would put up a new set of panels by the end of spring 2011. The administration missed that deadline but appears to be moving forward with the commitment now. 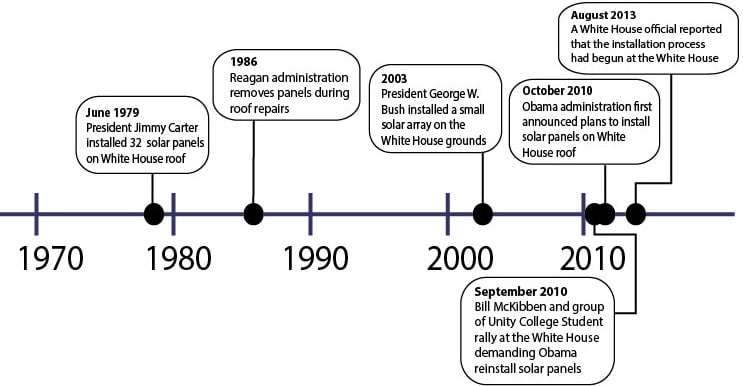 In August 2013, a White House official reported to the Washington Post that the installation process had begun, finally following through on the 2010 commitment. The White House official did not provide the name of the company that supplied the panels but noted that they are American-made.

“The White House has begun installing American-made solar panels on the First Family’s residence as a part of an energy retrofit that will improve the overall energy efficiency of the building,” the official said. “The retrofit will include the installation of energy-saving equipment such as updated building controls and variable speed fans, as well as solar generation. The project will help demonstrate that historic buildings can incorporate solar energy and energy efficiency upgrades.”

Support for the Administration’s Actions

“Better late than never — in truth, no one should ever have taken down the panels Jimmy Carter put on the roof way back in 1979,” McKibben said in a statement from 350.org. “But it’s very good to know that once again the country’s most powerful address will be drawing some of that power from the sun.”

Rhone Resch, head of the Solar Energy Industries Association, said in a statement, “We applaud President Obama for, once again, leading by example. Today, solar is generating enough electricity to power more than 1.3 million American homes, and we’re extraordinarily proud to be adding the White House to this constantly-growing list.”

The White House announcement comes at a time when the U.S. solar market continues to expand. Last year, the United States installed a record 3,313 megawatts of photovoltaic solar. The market size for the U.S. industry grew from $8.6 billion in 2011 to $11.5 billion in 2012, according to GTM Research. At the same time, costs of solar panels continue to fall, making it easier for consumers and businesses to install their own systems.

For more information about solar training, please refer to the “Getting Started with Solar” section on our website. Everblue offers training for Solar Sales Professionals and Solar PV Installers. Get started on one of these career paths with our Solar PV Associate course today!

MidNite Solar will be donating a series of products for use in Everblue’s Solar PV Installer training program.
Read more...

How to Install Solar Panels in Idaho & Overview of Electrical Licenses

An overview of the contractor licensing requirements in Idaho for those interested in installing solar panels.