Advancements in technological innovations in the renewable energy industry have yielded a growth of stronger energy production capabilities.

What is renewable energy, and what are some sources of energy?

Clearly defined, renewable energy pertains to the generation of energy from sources that are sustainably producing resources within the human timescale; that is, energy sources that can be replenished without concern for degenerative capacities. As energy demands continue to escalate, the need for a sustainable power source that is also environmentally friendly is paramount. Renewable energy serves the purpose of cultivating natural energy sources for the generation of power. These include:

As the name implies, solar energy systems draw power from the sun via solar radiation to generate electricity. Fundamentally, there are two types of solar energy systems: Photovoltaics (PV) and Thermal. The difference lies in the method of collecting energy: in a PV system, electricity is converted directly from the sun’s light, making it easier for energy production during the daylight hours. On the other hand, solar thermal systems generate energy via concentrated light that creates heat, which is then used to run an engine, and thus electricity. Although solar thermal systems require extra steps to generate electricity, they maintain a greater capacity to store energy outside of daylight hours, an important feature that is difficult to accomplish in solar PV systems. 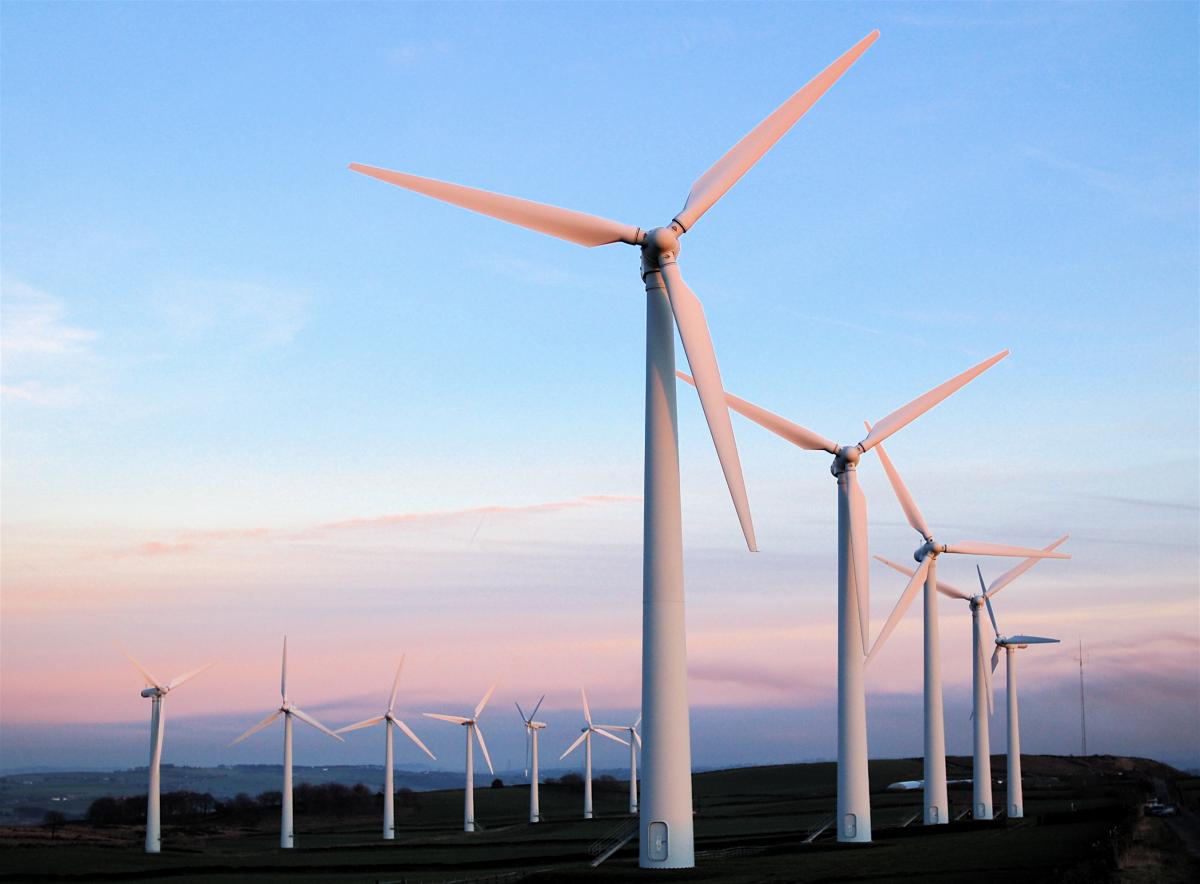 Can you name the state with the most wind energy? If you guessed Texas, you would be correct. In fact, it is currently estimated that the current generative capacity among all wind farms in Texas account for more than 12,212 megawatts (MW), followed by California and Iowa with 5,549 MW and 5,137 MW respectively. Wind energy is one of the most widely used forms of renewable energy production in the United States and is accomplished through the conversion of wind energy to electrical power via mechanically powered wind turbines. 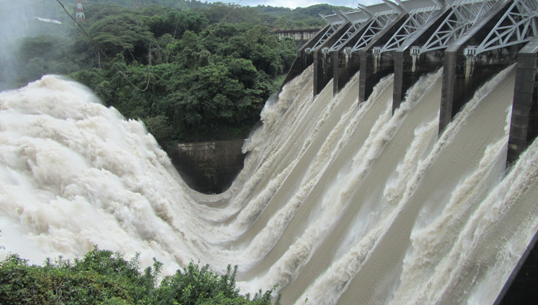 Tidal power is a form of hydropower energy but is not currently a major source of renewable energy in the U.S. However, recent technological developments will yield greater adoption rates in the future as it is a significant renewable source for energy generation. 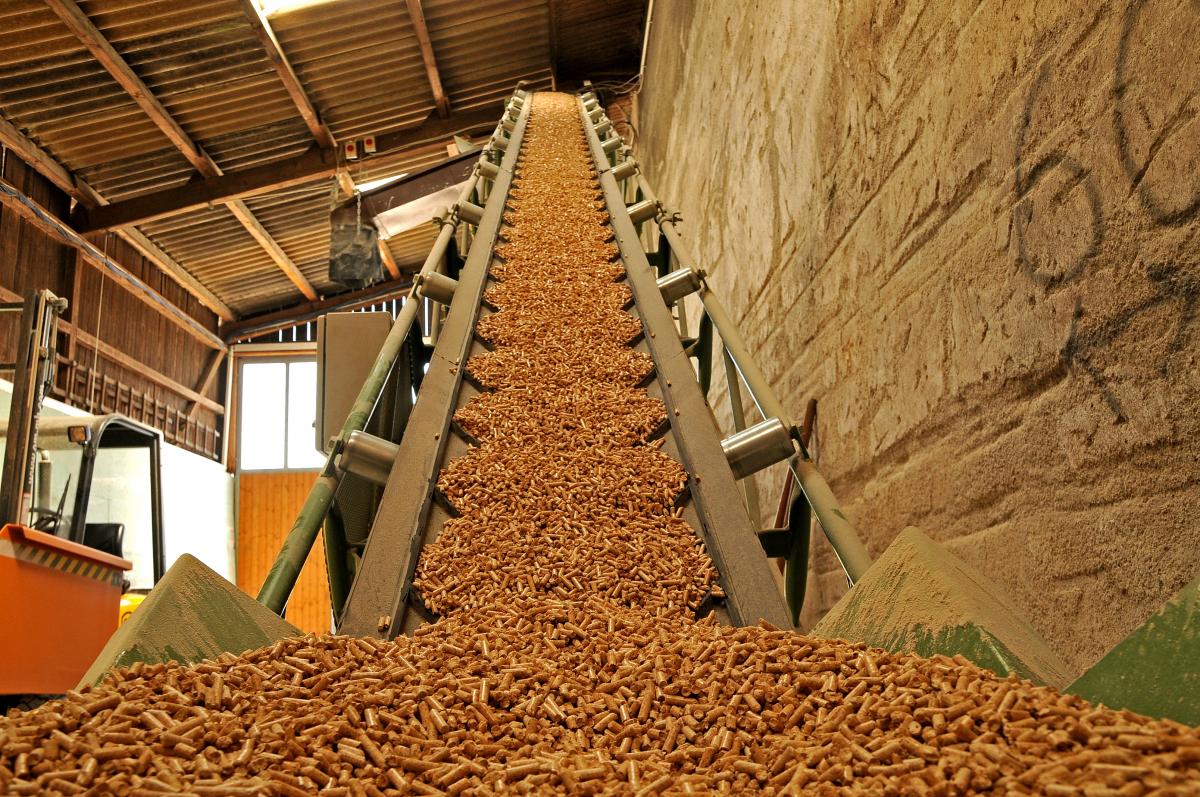 Biomass, or plant material, is another important renewable energy source but one that requires constant monitoring as the extraction rate cannot exceed the production rate. A non-balanced system can easily lead to unsustainable practices and thus non-renewable energy. 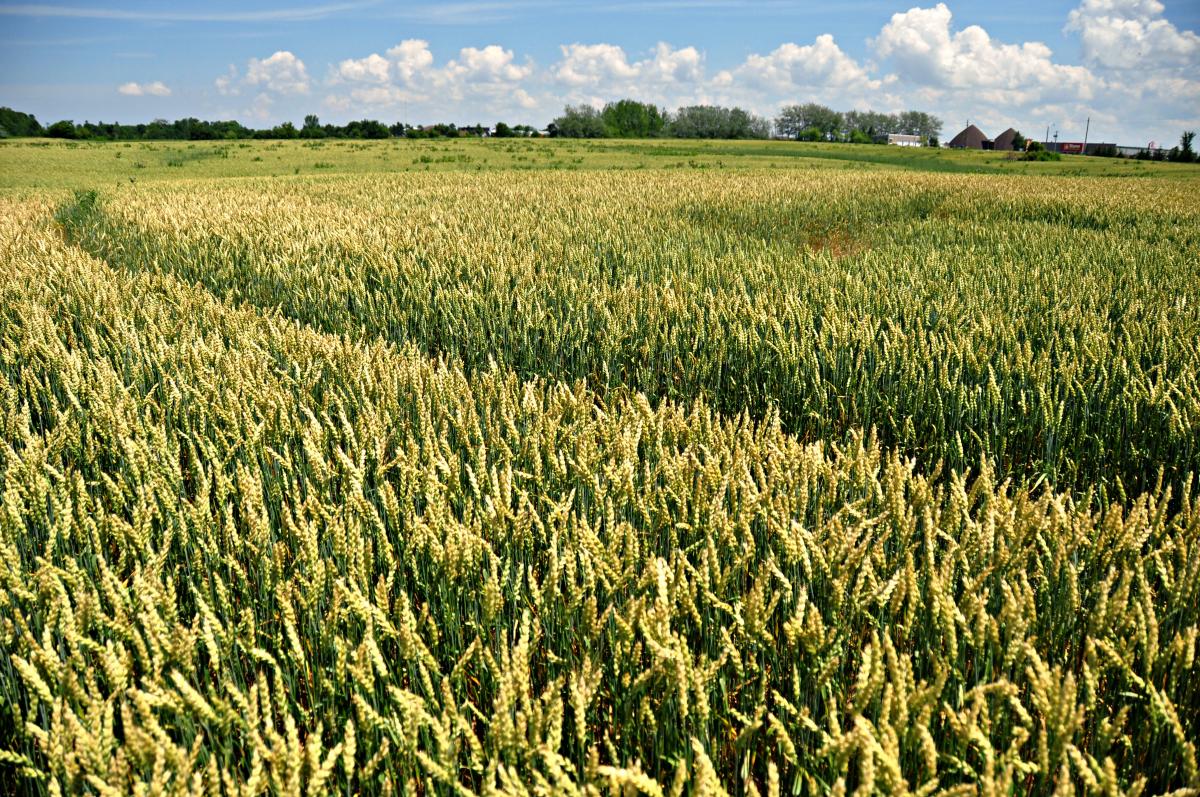 Further, biofuels are fuels that are derived from biomass. The most popular form of biofuels in the U.S. is Ethanol, which serves as a gasoline additive to improve vehicle efficiency. Biofuels encompass a wide range of areas including solid biomass, biogases, and liquid fuels. 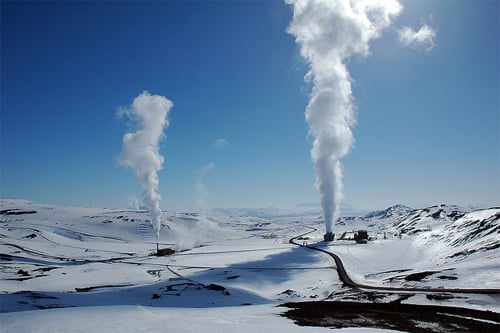 Geothermal energy sources primarily rely on the thermal energy that is stored in the Earth. The temperature difference between the planet’s core and its surface, known as the geothermal gradient, propels thermal energy production in the form of heat from the core to the surface. 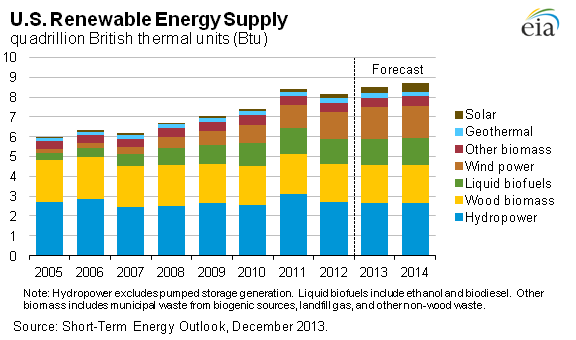 As depicted in the above chart, renewable energy supplies continue to improve year-over-year with the most significant increase having taken place from 2010 to 2011. The information demonstrates U.S. reliance on hydropower as the main source of renewable energy with growth occurring most notably with wind and solar energy. Continued investment in renewable energy sources coupled with significant technological advancements will significantly yield greater results for the U.S. energy sector in the future.

A successful energy policy will seek to utilize the aforementioned systems in tandem to create a synergistic relationship for energy production. The need for clean, reliable, and environmentally conscious forms of energy will only increase in the United States as energy demands escalate. Renewable energy, in all its forms, will serve as a significant investment in not only the future political and economic vitality of the country, but also, the protection of the environment from unsustainable energy productive means.

There is no doubt that large corporations wield vast amounts of power in today's societies. But to what extent do these powerful agents have an obligation to operate with the public’s interest in mind?
Read more...

BigBelly Solar has redefined how we throw away trash by developing one of the coolest trash bins you will ever see.
Read more...
Blog Blog Back to Blog