Let's examine the new Energy Rating Index (ERI) compliance pathway in the 2015 IECC code and look at how this relates to blower door testing requirements. 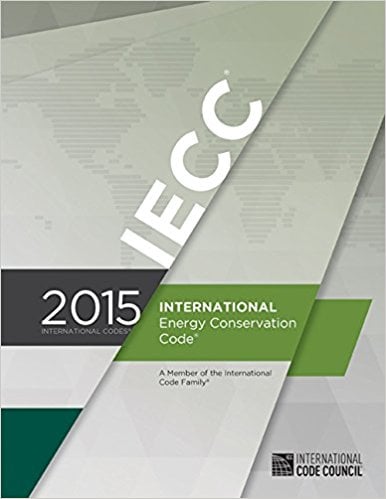 The International Energy Conservation Code, which is updated every three years, serves as the national model energy code and becomes mandatory when adopted by a state or local jurisdiction. When a builder builds a home, he/she has to meet the current energy code (in this case, 2015 IECC code) for the jurisdiction in which the home is located.

Do you want to become certified in blower door and duct leakage testing to meet code?

Call us at (800) 460-2575 and we’ll guide you to the training you need to start growing your business and meeting this demand!

There are three ways that builders can meet the 2015 IECC code:

The Energy Rating Index is a new compliance path that was introduced with the 2015 version of the IECC code. This option saves the most money because builders can consult the knowledge of a certified professional, such as a HERS Rater.

A HERS Rater is certified to perform home energy audits based on the HERS Index, so he/she can make insightful recommendations on insulation, windows, and equipment to meet code. This option can be viewed as being the most complicated of the three, simply because a builder is relying on the individual expertise of the HERS Rater. Because of the responsibility that this option entails, RESNET HERS Rater training is generally considered a comprehensive and rigorous program. Once an individual earns the HERS Certification, he/she can market their unique skills to builders who are looking for the best bang for their buck on meeting code.

The 2015 IECC code requires blower door and duct testing regardless of which option the builder chooses. It is up to the code official in a given jurisdiction to determine whether the person performing the blower door and duct testing needs to be certified. We ask contractors to reach out to their local Authority Having Jurisdiction (AHJ) to find out what standards are being mandated and enforced.

A code official may require that air leakage testing be performed by any of the following:

It has been said that code officials look favorably on a builder who uses a HERS Rater because much of the code compliance documentation already gets factored into a HERS Rater’s home assessment. Therefore, using a HERS Rater takes much of the guess work and inspection checklists off the code inspector’s plate and instead rests on the Rater.

Not to mention, RESNET is more rigorous of a home energy auditor certification than BPI, so if a contractor was between the two designations, it might make sense to pursue the more advanced one in an effort to cover all of his or her bases.

States often adopt the latest version of the IECC with modifications and amendments that are suitable to their state’s unique needs, such as climate zone. Municipalities can override the state’s decision, provided that the local jurisdiction’s requirements are more strict. This further supports the need to contact your local code official to know what exactly will be required and enforced in your local area.

A Review of the Roles

Here is a brief run-down of the organizations and people involved in this process.

States do not have to adopt the latest version of the code. There are several states in the U.S. that are lagging behind, either using the 2012 version, 2009 version, or earlier versions. Interestingly, though, as a condition of accepting stimulus funding under the American Recovery and Reinvestment Act in 2009, governors of all 50 states offered assurance that (among other things) their states would adopt the 2009 IECC as the minimum energy standard for residential buildings. Carrying that promise a step further, each state agreed to demonstrate 90% compliance with the code by 2017. A recent article from Ryan Boswell discusses how 16 states currently do not have a statewide mandate requiring 2009 IECC. 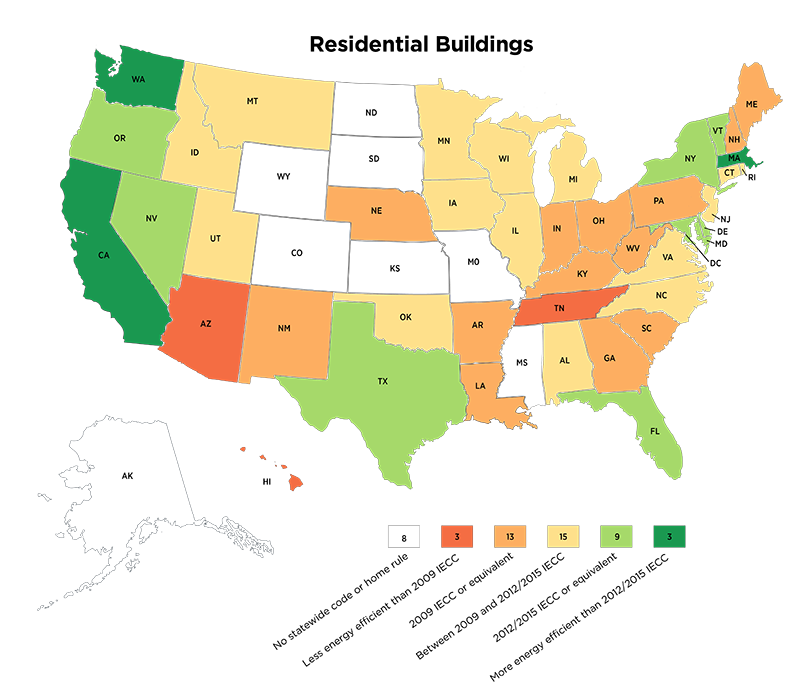 The thing is, each new version of the IECC recommends stronger energy efficiency requirements and thresholds, which is great news for the industry, for those working in the industry, and for homeowners who reap the benefits of greater energy efficiency (more durable homes with lower energy bills). The 2009 IECC introduced performance testing of duct system leakage. The 2012 IECC started to require whole-house infiltration testing (i.e. blower door testing). And now, the 2015 IECC is even more aggressive about energy efficiency requirements and thresholds.

The following states have adopted the 2015 IECC and are therefore some of the best locations to find HERS Rater jobs or energy-efficient new homes:

If you’re curious which version of the IECC has been adopted in your area, the best place to visit is energycodes.gov. Make sure that you are on the Residential tab.

If you’re looking to upgrade your skills to include blower door and duct leakage testing, you might consider *either* BPI Certification and/or RESNET HERS Rater Certification. Both programs cover blower door and duct testing. To help narrow down what you actually need, consider whether you’ll be evaluating existing homes (BPI) or new homes (RESNET). You may also want to review the incentive and rebate programs in your area – visit your local utility’s website and search for sections discussing home performance and energy efficiency. When you’re ready for RESNET or BPI training, we’d be happy to help you out!

HERS Rater candidates now have one more exam to pass if they want to become a certified HERS Rater.

HERS Score Included by Utility Programs to Show Compliance